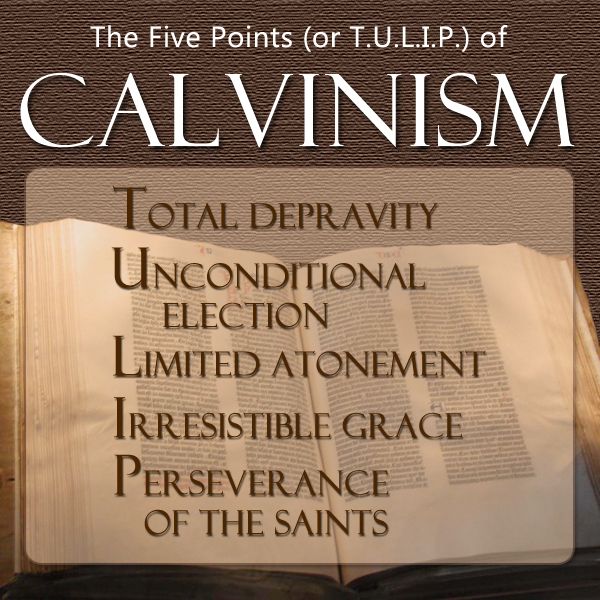 A medical “itis” is never a good thing. The same thing could be said as to a theological “itis” Maybe I should join a twelve-step support group – “Hi, my name is Bob and I have Calvinitis.” The condition of Calvinisticalism occurs when something normally easy to read and understand suddenly becomes difficult and complicated because word definitions have unknowingly been altered to convey a completely different thought. This condition is most prominent when a non-Calvinist reads a Calvinist’s letter and must superimpose Calvinistic tenants onto that letter in order to understand just what actually being inferred. For example, the below letter is from a Calvinist pastor inviting his congregation to participate in small group discussions about the prodigal son. I’ve imparted Calvinisticals to make clear the inherent Calvinist logic and thought which may not be obvious to those unaffected by Calvinitis. The bolded and bracketed wordings are the Calvinisticals.

The word “prodigal” certainly describes the younger son [whom God hated from the beginning of time] who recklessly spent his entire inheritance [because that is what God determined the younger son should do and also because the younger son wasn’t able to choose to follow God] in the blink of an eye [because God willed it to be so in order that God’s perfect wrath might be exalted]. However, in another sense, the word “prodigal” also describes our God [who demonstrates the extent of his love by saving very few individuals i.e. the elect – you know, those whom God chooses to save] who is extravagant with love [so long as God has elected you], who is abundant in grace [so long as God has elected you], and who spent everything to make us a part of his family [so long as God has elected you] again [well, provided that you’re part of those contained within the limited atonement of Christ’s blood for the remission of your sins].

We’ve all heard the story of the Prodigal Son before [unless God hasn’t until now deterministically ordained that you would even want to be in church]. However, as you join us on this five-week sermon series [because God’s irresistible grace will overcome all resistance for not wanting to join us on Sunday mornings] and small group series you will find this story come to life in ways that you have never seen before [because God called you into communion with himself and will continue with you in faith until the rapture – or whatever]. To get the most out of this series we [only through the blessings of the holy spirit who by decree allows truth to be seen only to those he wishes to bless] encourage you to participate in the small group experience [because God controls everything and there’s no free choice in the matter]. If you are not currently in a small group [perhaps as a result of God intentionally keeping you isolated and wandering in the wilderness], we have 11 different small groups [that God has specially put into place for us] that are just waiting for you to join them [unless, of course, you’re already doomed and therefore have no predetermined interest]. No matter where you are on your faith journey [it’s because God has determined your ‘faith-place’ – you know, where he’ll teach you what you need to be taught], this study will challenge and encourage [only so far as God gives you encouragement] you [so that God will be glorified].

Yes, the letter is considerably shorter without the Calvinisticals. And, yes, I am intending a little joust of sarcasim. But without the Calvinisticals, which I believe to be accurate within the context of Calvinism, the unaware reader has no idea as to the Calvinist doctrines permeating the faith of many Reformed Christians. And sadly, as I have found, ardent Calvinists don’t seem to have any issues with Calvinisticals. This bothers me. Maybe it shouldn’t. But it does. In many ways, I’ve found Calvinists to be much like Mormons or Jehovah’s Witnesses wherein one doesn’t get the full “package” of their beliefs until such time as a newcomer to Calvinism has warranted trust and exhibited an understanding of such things as God’s sovereignty, TULIP and Sola Scripture.

It’s apparent that Calvinists often “code” their beliefs in plain text to prevent the uninitiated from seeing those doctrines as harsh and cruel. A quick viewing of the statement of belief from Bethlehem Baptist Church (where John Piper was the preaching pastor) states, “We trust wholly in the sovereign grace of God in and over all things.” No doubt … but there’s so much more to learn about divine sovereignty (aka determination) in Calvinism. The book, Is God Really in Control (Jerry Bridges) puts forth a compendium as to what Calvinistic determination is all about:

Most Christians understand that Calvinism is defined by the acrostic TULIP. In essence:

(T) Total depravity means we’re not able nor willing to recognize truths without God first drawing us to him and in essence opening our eyes.

(U) Unconditional election relates to God’s sovereignty of predestining our salvation for it to happen.

(L) Limited atonement is the idea that Jesus didn’t die for everyone. Rather, he died only for the elect (or pre-saved) i.e. those who have been unconditionally elected.

(I) Irresistible grace refers to those who are elected to be saved will not be able to resist God’s grace.

(P) Perseverance of the saints is the concept of being saved forever once you are saved and that you can’t lose your salvation.

Yet, within these simple definitions lie deeper and hidden meanings. As Paul Harvey would say, “Now you know the rest of the story.”