There are times when I’m more confused and troubled as to what I believe with respect to Christian faith. Variance of thought amongst Christians as to beliefs, statements of faith, doctrines, creeds, tenants and constructs can lead to frustration and alienation. If nothing else, I find the simplicity of faith as indicated through the Apostles’ Creed refreshing. 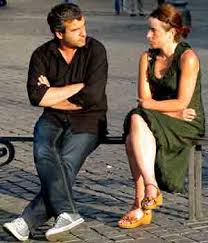 A recent discussion followed a somewhat a predictable path. I was (again) told that 2 Peter 3:9 was written to believers. As was explained, “God’s promises of salvation are intended only for ‘the elect’. If God wanted all people saved, then all people would be saved. But because of man’s fallen nature, man is spiritually dead. And spiritually dead people can’t respond to God. Only elect persons can respond to God because God pulls back the ‘sin-veil’ from them. And for reasons known only to God, not every person has had the ‘sin-veil’ pulled back and have thereby been given the gift of salvation. And, because God is sovereign and, for his own reasons, he has decided who are his “elect” and who is not.”

But I remain unconvinced if only because it just seems, well, a bit awkward to have to tweak, what is to me, the plain meaning of any number of verses in the Bible to eliminate the obvious intent of human free-will within the overall scheme of Christian theology. In the NIV, 2 Peter 3:9 states, “The Lord is not slow in keeping his promise, as some understand slowness. He is patient with you, not wanting anyone to perish, but everyone to come to repentance.”

Clearly – and obviously – God wants everyone to come to a point of salvation! Isn’t that the clear and simple reading of this verse? God is doesn’t want anyone to perish. So, it therefore seems obvious that the reason why some accept faith while others reject faith is because God has given each person the ability (aka free-will) to accept or reject his offer of salvation.

Well-meaning Calvinists tell me that to understand the essence of this verse, and other passages dealing with TULIP matters, studying the original Greek and incorporating a lexicon and concordance is required. Maybe there are details to be drawn out with the Greek. Using a good translation (I personally like the NIV – which, according to the preface, is a new translation put together from the best available manuscripts by many Bible scholars knowledgeable in the languages, cultures and history) ought to be sufficient to derive fundamental truths from the Bible without doing a word-for-word translation and correlation. I’ll concede that maybe there are details that could be missed. But what isn’t missed is the fundamental truth.

And for me, the fundament truth is that God so loved the world that he gave his only begotten son that whosoever believes in him will not perish but have everlasting life. Have to check, but I think there’s a verse to that effect.

I’m not sure how best to phrase it other than despite our sins (past, present AND future), God doesn’t just ‘zap’ us (believers and non-believers alike). Per God’s holy nature and being, an immediate death is just and deserved. However, we continue to live despite the sinful thoughts and actions we continue to engage in. I’ve understood that the delay of God’s judgement is his forbearance towards his creation. So, are we, believers and non-believers alike, essentially vessels of mercy because we’re receiving the unwarranted forbearance of God?

If that is true, then it only stands to reason that all those who’ve received the forbearance of God’s judgement, believers and non-believers alike, have received his grace. So, is the blood of Christ offered to all people or not? I would argue that God’s grace has been offered to all. And that it is up to individuals to accept or reject that grace.

To me, there’s a Calvinist’s “disconnect” which emphasis that God has limited his grace and atonement to a very few people aka ‘the elect’. Yet, I find it ironic to be around Calvinists – all of whom give God all the glory because OF HIS ABUNDANT GRACE (emphasis theirs!). And yet, the very words on which Calvinism is founded i.e. unconditional election and limited atonement indicate that the god of Calvinism is somewhat retentive with that grace.

Calvinists claim something called limited atonement – the reconciliation of God and “the elect” through the sacrificial death of Christ on the cross. Calvinists deny that Christ’s atonement was for everyone. If atonement was for everyone, then everyone would be saved – or so the argument goes. And, of course, not everyone is saved so therefore Calvinists argue that Christ’s atonement was only for the elect. I don’t make that connection myself. But this makes me wonder – is atonement given to the elect person while they’re still in a reprobate condition? I mean, at what point is the elect person actually saved? Before the creation of the world? Or at the moment the elect person confesses their sin? Hence, if I follow the logic, it would seem that salvation is given to the Calvinist before any expression of faith.

So, if one is saved before any expression of faith, then why did God find it necessary to nail himself on a cross and ultimately die? For heaven’s sake (pun intended), if God decrees those who’re saved, then why couldn’t God have killed off, oh say, a spotted owl or some endangered species and call that sacrifice good enough? Animal sacrifice was good enough in Old Testament times. So, why did God, when feeling it necessary to develop a new covenant and bring Jews and Gentiles into fellowship through faith, feel it necessary to sacrifice himself for our sins? Why not continue with the OT practice of killing off an animal and make whatever required adjustments God deemed necessary for the remission of our sins? I’m not sure, but there has to be something exceedingly unique and otherwise sublime about God sending and sacrificing himself.

This makes me further wonder, can the Calvinist’s concepts of total depravity of everyone and the inherent inability to seek God be defended scripturally given that both the OT and NT are replete with people responding to God’s initiatives. On his Facebook page, Pastor Bob Hadley phrases the question as to God’s sovereignty by asking, “How powerful can [God] be if He cannot speak to the unregenerate? The statement, one cannot be responsible if one is not response-able deserves thought.”

Furthermore, Bob George (author of Classic Christianity), talks about how the same sun which melts wax also hardens clay wherein God’s grace either brings about humility of spirit or the hardening of one’s heart (as a manifestation of pride?). If that is true, then it seems self-evident that we, as individuals are “responders” to God’s grace and mercy. And, if we are responders – as is apparent if only because some accept God’s grace while others don’t, then it only seems logical that individuals indeed have free-will in accepting or rejecting God’s grace.

Simply put, I reject the Calvinist’s claim of limited atonement and believe God saves those who repent. God isn’t the one deciding who repents. Scripture is clear, God wants none to perish. I bet there’s a verse to that effect.