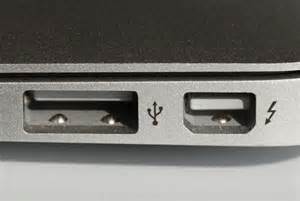 It’s no secret that I’ve been a “conflicted Christian” since coming to this church more than twelve years ago. Perhaps “Fragile Christian” better describes my current state. This faith-struggle emanates from (what are to me) the diametrically opposed perspectives on the nature and character of God. On one side is Calvinism. On the other side is Arminianism. To be blunt, I hate the concept of Calvinistic determination and how I view God through the Calvinist’s lens. Perhaps foolishly, through study and writing, I thought it’d be possible to make sense of Christian doctrines despite the differing perspectives. With a bit of surprise, I’ve discovered multitudes of smart and good-willed people on both sides putting forth persuasive arguments. And the conundrum for me is that many of the same scriptures are used to argue both sides of the spectrum. Christianity, then, is no longer about the “known”. Rather, my faith has devolved into little more than opinion. And I readily admit that my opinion on Christian doctrine is largely based on my antipathy toward Calvinistic thought. Still, having “bad feelings” toward Calvinism doesn’t make it wrong.

Prior to a recent service, I was thumbing through a book given out to first-time visitors; “Things That Cannot Be Shaken”. Page 105 states:

Those given to Christ by the Father are those who were chosen in Christ before the foundation of the world. They are the people of God, picked out from eternity and secured in the work that the Son accomplished in history.

These authors obviously have Calvinist leanings. However, when I couple the concept of Calvinistic election with earlier sermon comments regarding Psalm 139 (being planned, known and wanted), I am suddenly struck with the undeniable reality that God (per Calvinist doctrine) has not only chosen some for grace, he’s intentionally chosen some for destruction. Frankly, if total depravity is indeed true and humans lack the ability to understand their own sin and are incapable of seeking out a savior, then I want no part of a god who intentionally kills off some of his creation that he could otherwise save.

I wanted to speak with you regarding your sermon example of God breaking the leg of a sheep. I’m not doubting what you said. However, in the years that I’ve been aware of this verse, I’ve never once heard anyone explain the rationale from a shepherd’s perspective. Instead, I’ve always understood the verse within the context of God “disciplining those he loves”. To which, if God thinks it necessary, he’ll break your legs. How often have I heard something along the lines of: “How can we mere mortals understand God? He’s omniscient and sovereign. And he’ll [insert catastrophic event here] if he deems it best. And it’ll be for your betterment so just shut-up and suck it up.”

Sermons ought to be like sweet music to believers – Calvinist and non-Calvinist alike. To me, however, the messages coming through my thick skull only seem to bore deeper into the already open wounds of trying to rectify Calvinist doctrine with the notion of a loving heavenly father. The reality is that I’m not attending Woodcrest for worship, or service, or preaching, or small-group studies, etc. Rather, I come for the fellowship. Period. And it would be fair to say that I’m playing avoidance games by not dealing with the issue and hoping my angst disappears. But I’m not fooling anyone – least of all me. I haven’t taken communion in a long time. I’ve often left church after the service has started. I haven’t followed in obedience to believer’s baptism because I have no confidence that I am one of God’s elect. Nor have I assurance of my own salvation. I’m just a big phony – playing a game as it were by showing my face, serving in the greeting ministry and pretending that all is well.

Unfortunately, I believe it’s best for me to step away – at least for a while as, simply put, I’m not comfortable participating in worship-related activities and service at Woodcrest.

Sincerely (and with regret),

4 thoughts on “A Difficult but Necessary Decision”